Last week I spoke in front of an audience of 1000 fund managers, bankers, and private equity folk in New York City at the inaugural Concensus Invest conference organised by CoinDesk. Here are my slides and commentary. 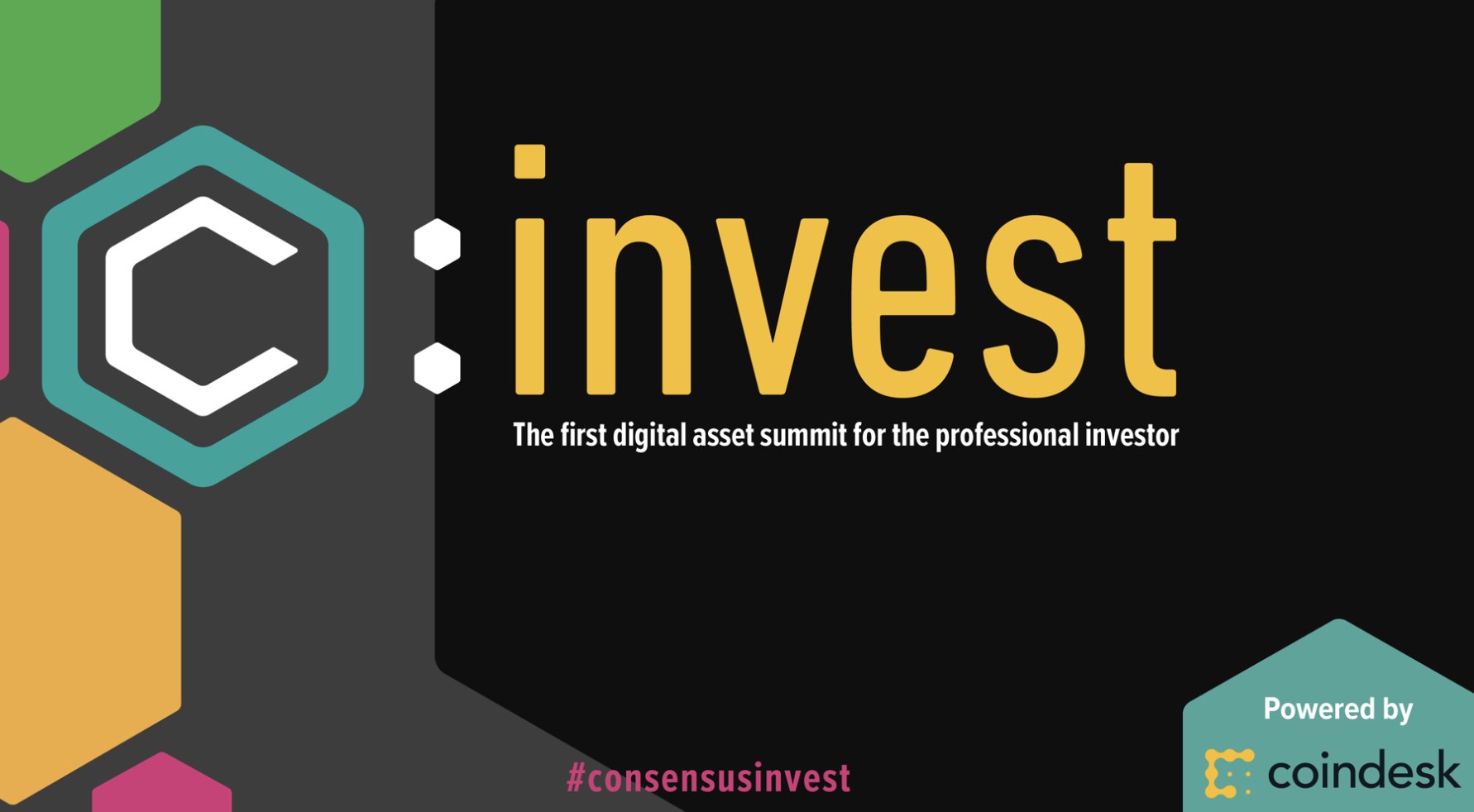 Special thanks to CoinDesk for making the day possible. 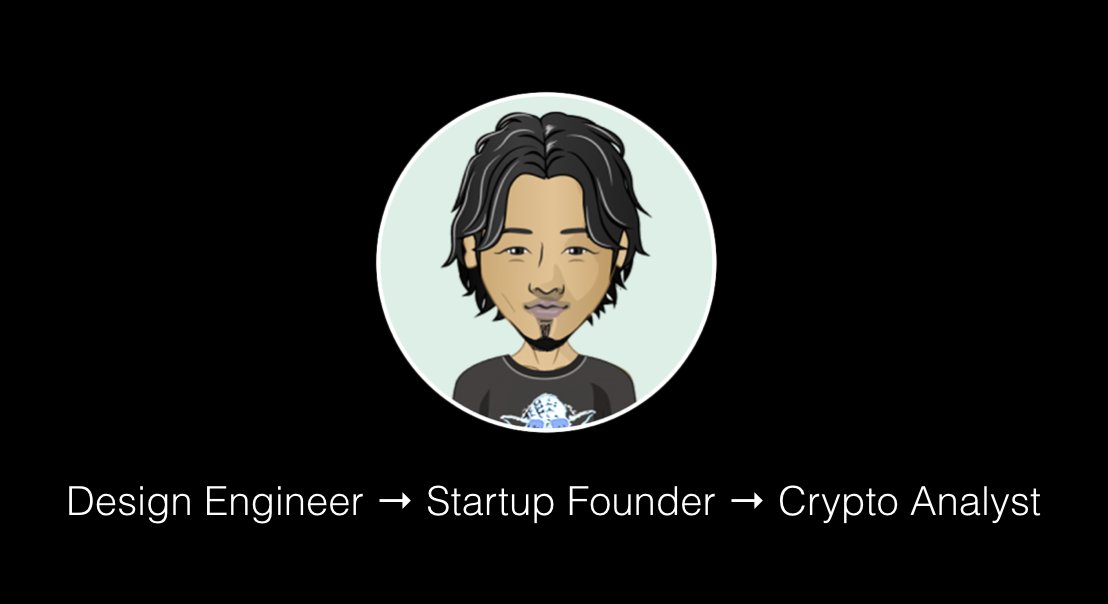 I don’t come from Wall St. I’m not a formally trained analyst. My background comes from the world of emerging tech and startups. Hence my view and analysis tends to be outside of the box. 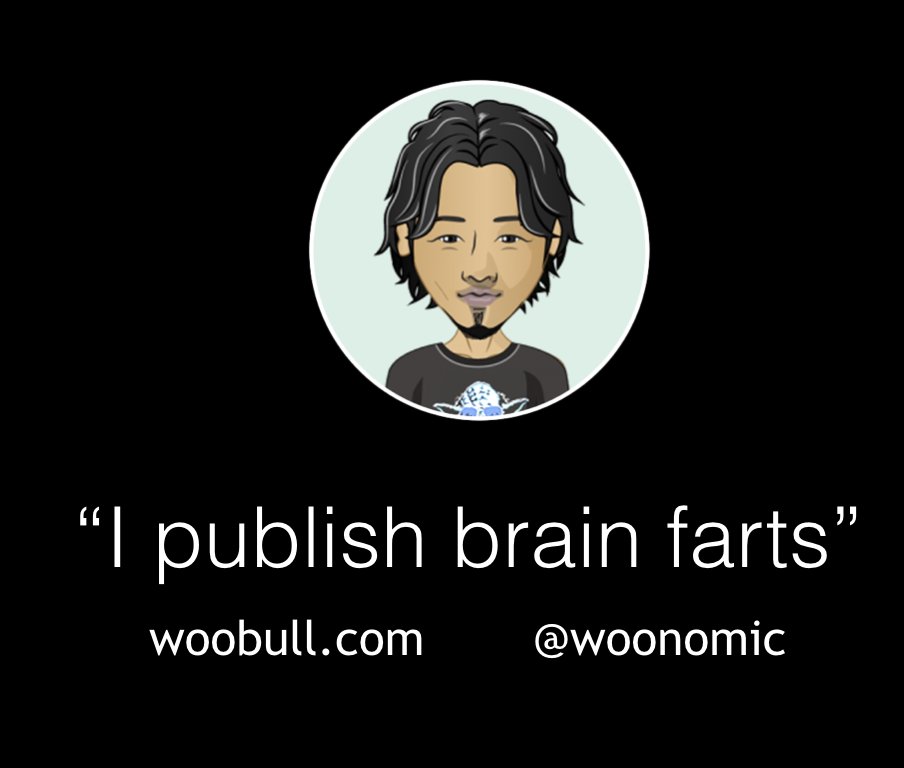 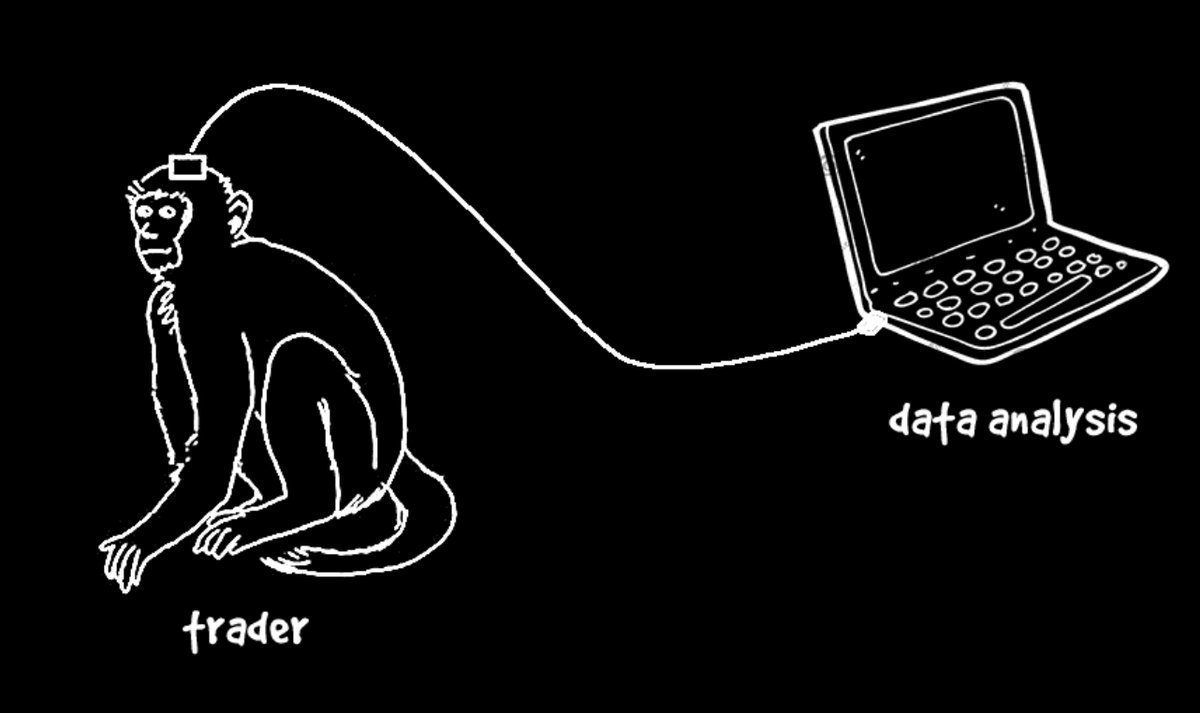 This is a brief overview of some of my stuff. Maybe we should call this "Woobull’s greatest hits". 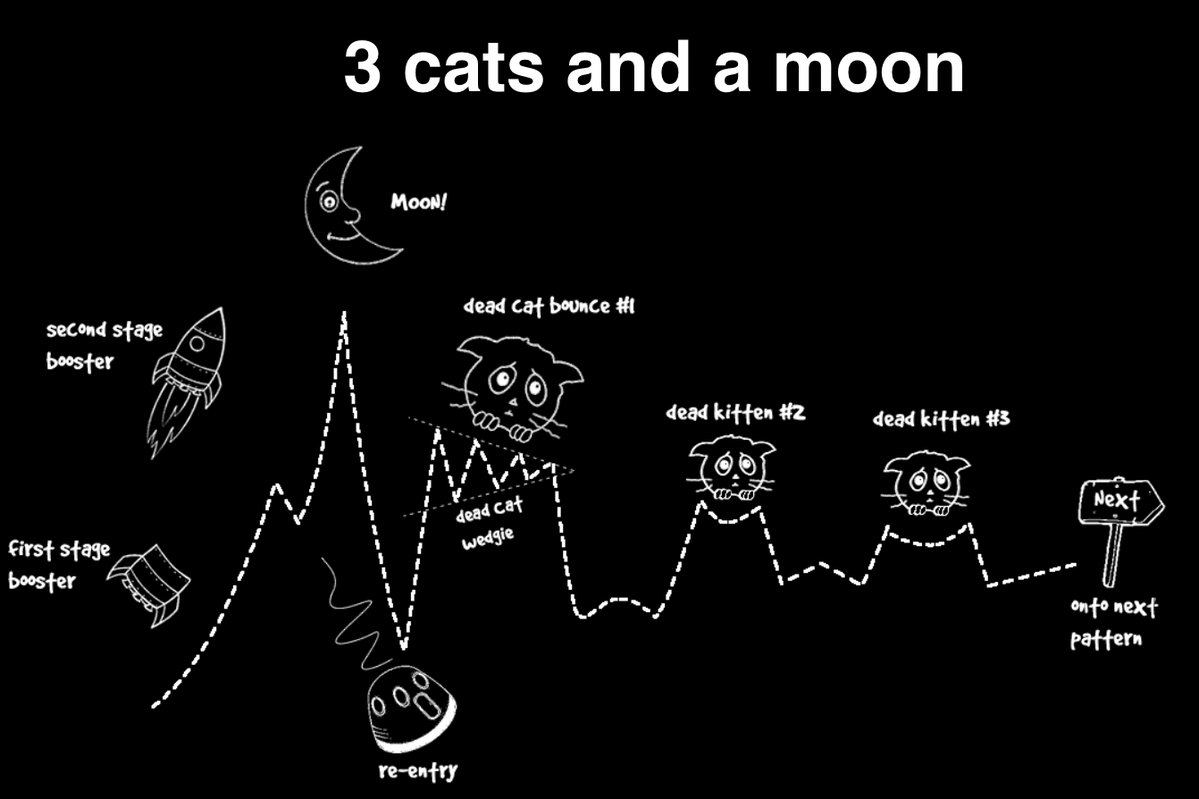 I published this "3 cats and a moon" fractal pattern that BTC reliably traded for 3 years around February this year. Interestingly it ceased to work after publication.

This was at the time of Bitcoin's ETF decision. My theory was that Wall St money failed to enter via an ETF, so instead traders directly bought into the asset around Mar 2017. We saw an uptick in price accordingly, when the price really should have dropped lower according to my models.

The new money changed the psychological trading profile that Bitcoin was trading. A new animal had entered the market. 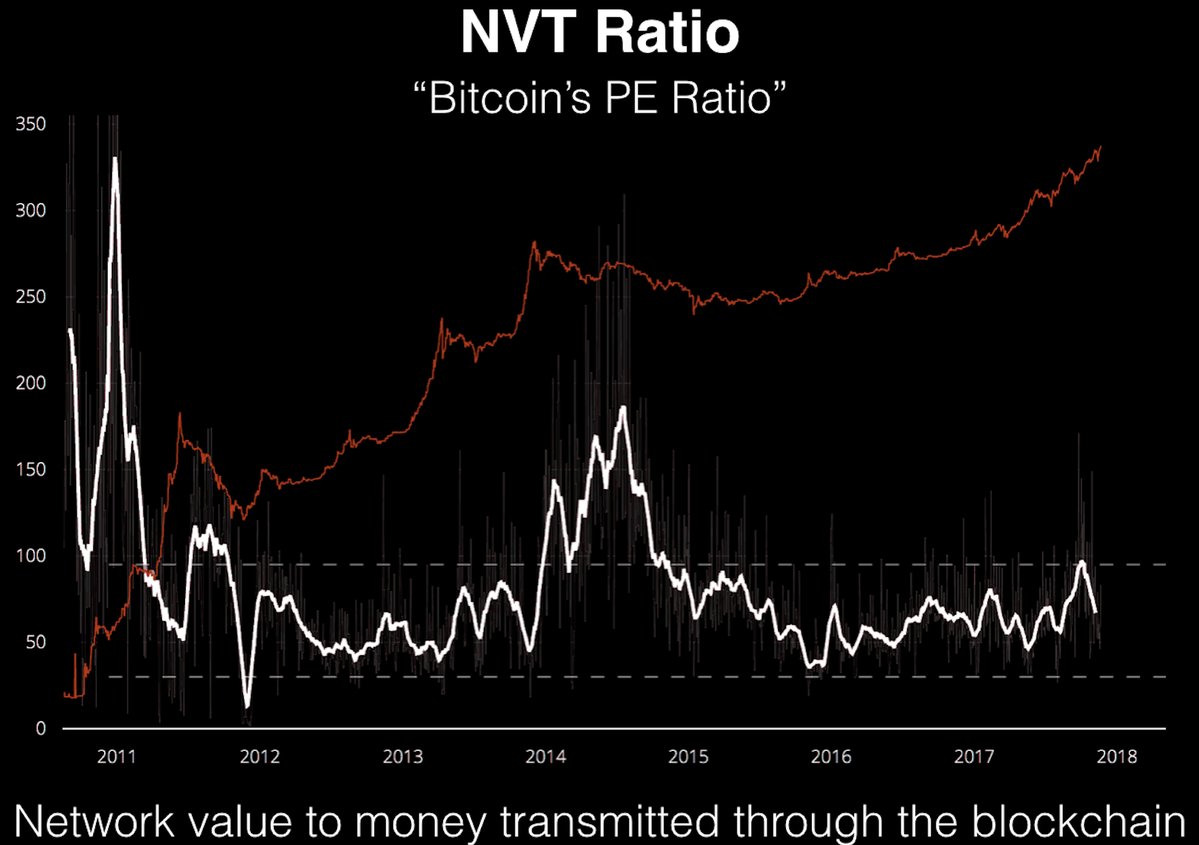 Note this is a laggy indicator and is best used to distinguish overvaluation (hence the start of a bear season) from a consolidation during the dead-cat bounce phase of a price correction. 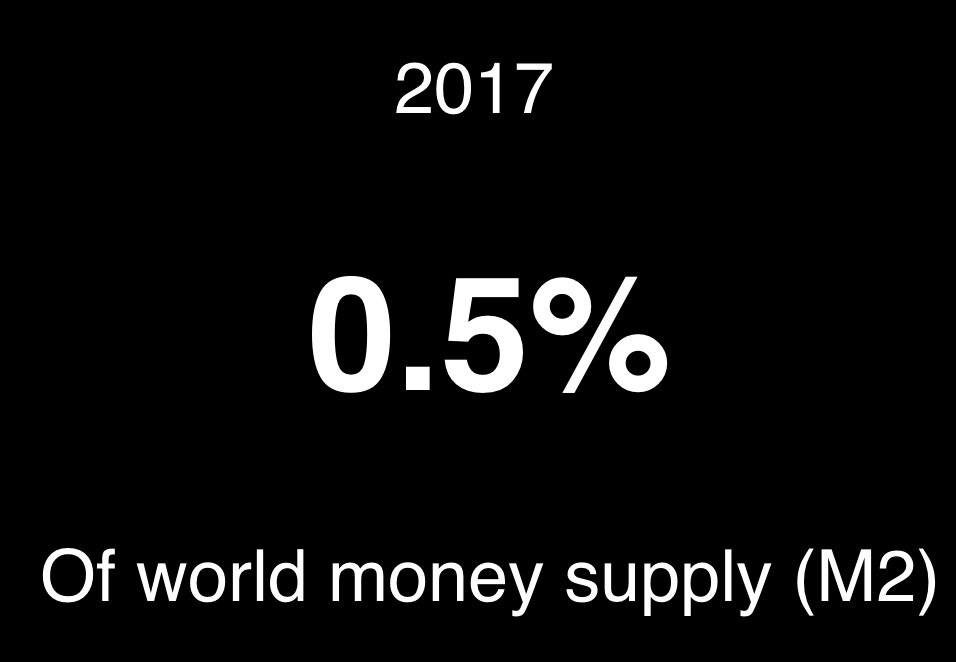 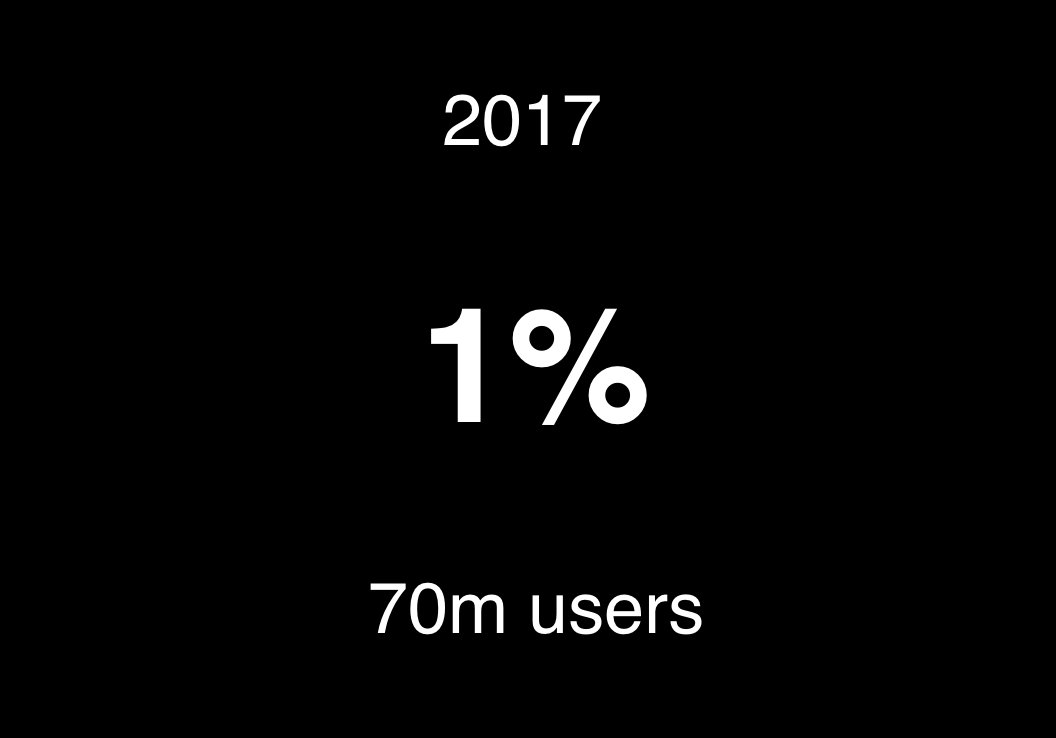 We are at approximately 1% of world population as users. (Estimates range from 1-3%). This is equivalent to 1996 for the Internet.

With Bitcoin we are seeing user count double every 12 months. This was calculated with my work tracking Google Trends data on the assumption that users search BTCUSD price.

If this trend continues, we are 9 years away from half the world using Bitcoin. 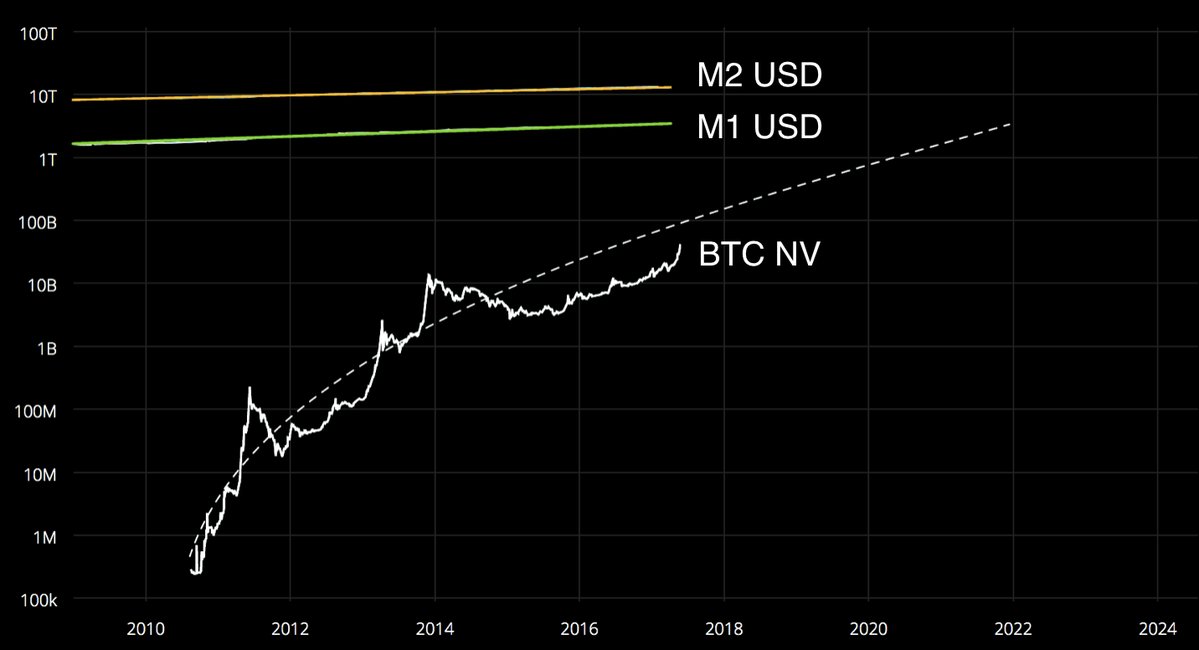 Here’s another view of #Bitcoin’s growth on a long term chart. Remember, each altitude climb here is a 10x. All crypto-assets combined is only 0.5% of World M2 Money.

Seems small but we are 66% of the way on our journey to usurp USD M1 money. 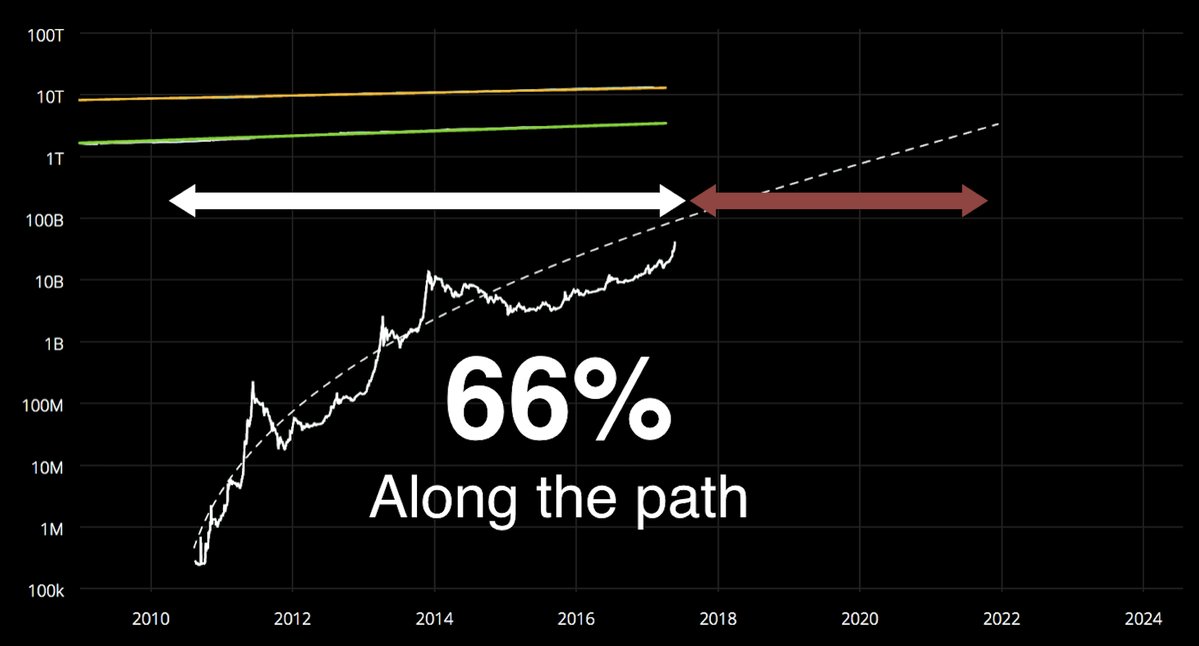 Let me reiterate, Bitcoin is 4 years out from exceeding the world reserve currency. Sounds radical, no? 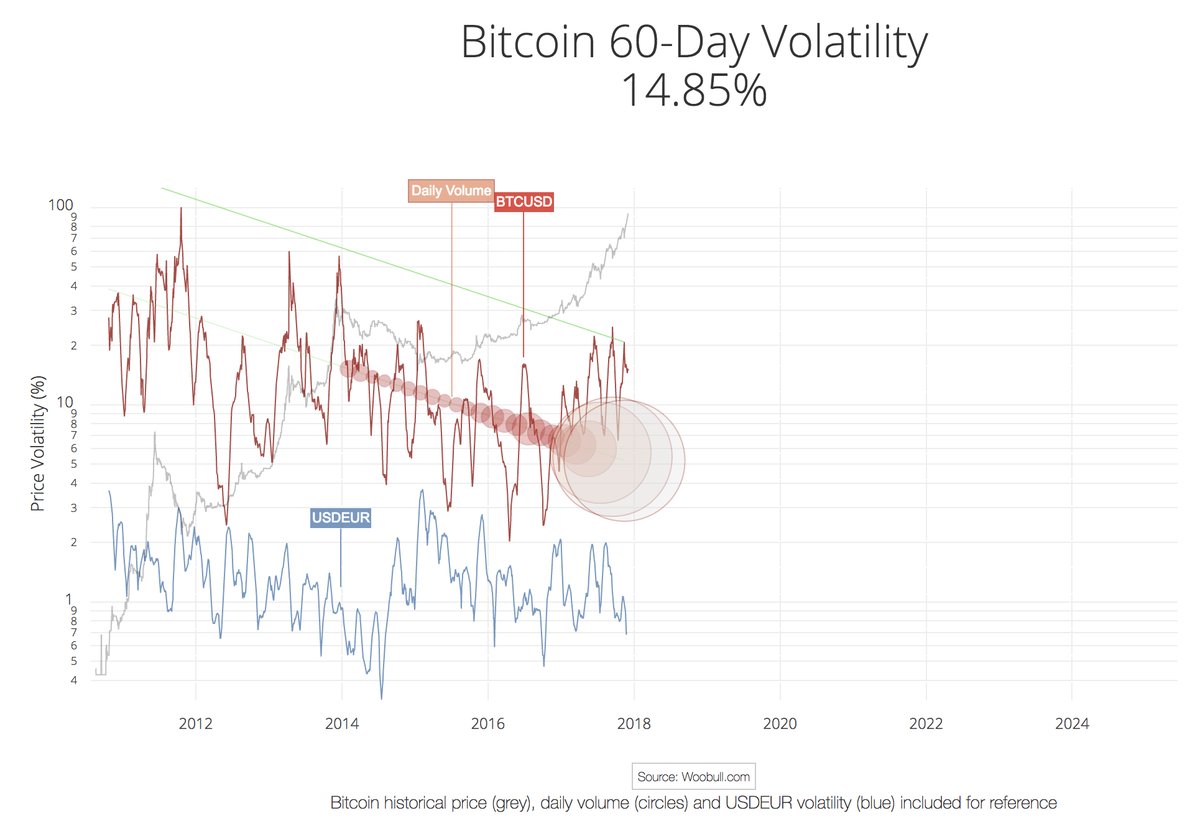 The data suggests by 2022, Bitcoin’s volatility will also be nearly as low as fiat FOREX.

Now #Bitcoin is not the only story to be told here. We have strong competing altcoins that are on an even higher trajectory, they may even cross USD M1 before Bitcoin. I’ve removed some of the top 10 coins to make this chart clearer. 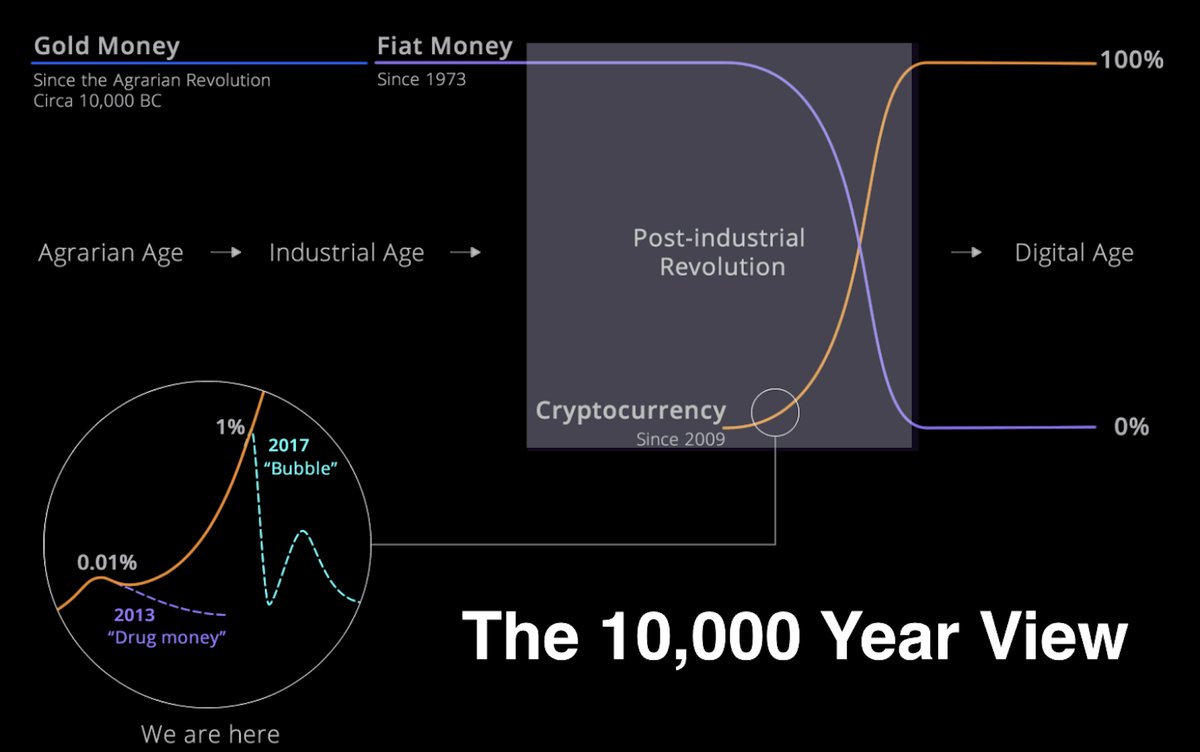 We are seeing the final phase of the Post Industrial Revolution which started in the 1960s-1990s with the invention of the microprocessor through to the expansion of the Internet.

Bitcoin is not just money. It’s the invention of an Internet-native digital scarcity. And with that breakthrough, software will eat the financial world.

Blockchain assets will be bigger than the approximately 70 trillion in money, there’s another 80 trillion in equities, and I’m told well over 200 trillion in real estate. This will all be digitised. 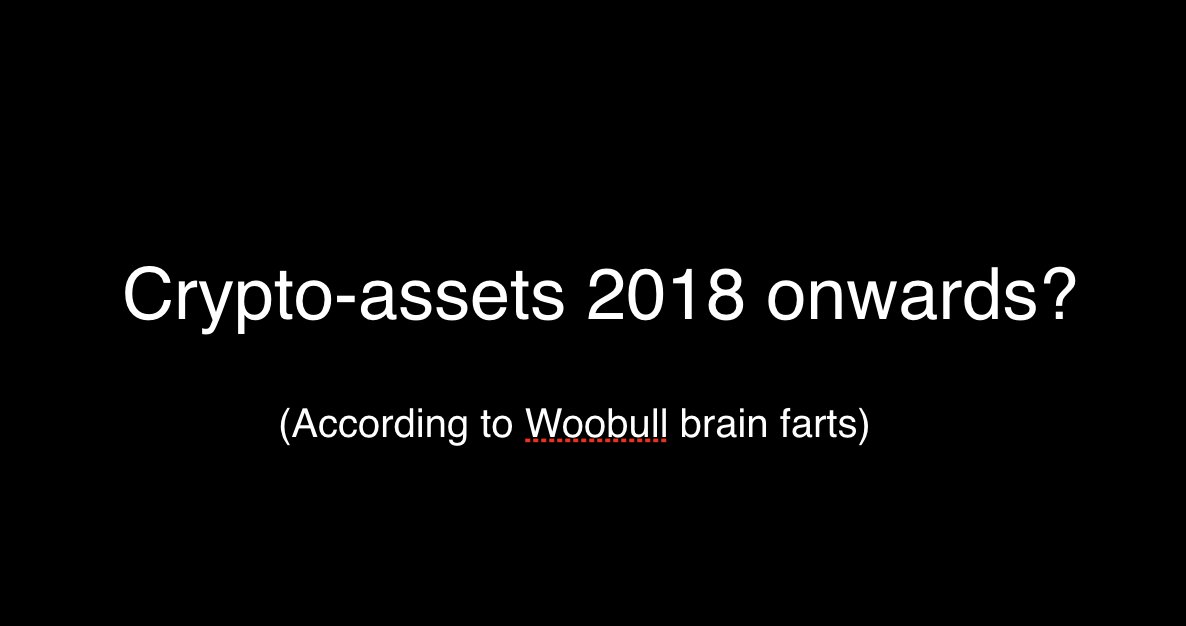 Stealth, Awareness, Mania, and Blow-off are the stages of the investment cycle. With Bitcoin only the Geek money invested in the Stealth Phase. Smart money was displaced to the Awareness Phase. 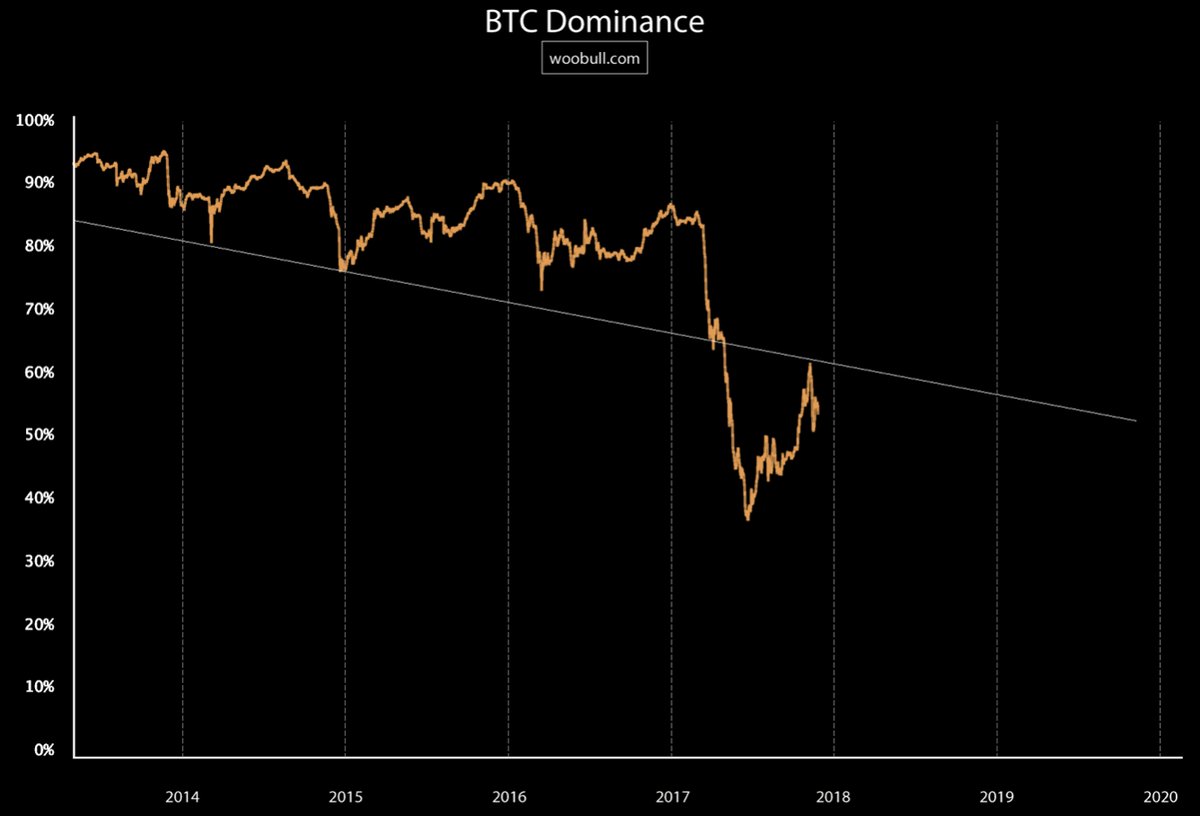 Zooming in closer. We are also seeing Bitcoin itself losing its dominance over the last 5 years. This is a sign of the markets starting to mature as a fully digital economy should not be 95% money. All industries will eventually fill this economy when this fully matures. (Data by Coinmarketcap) 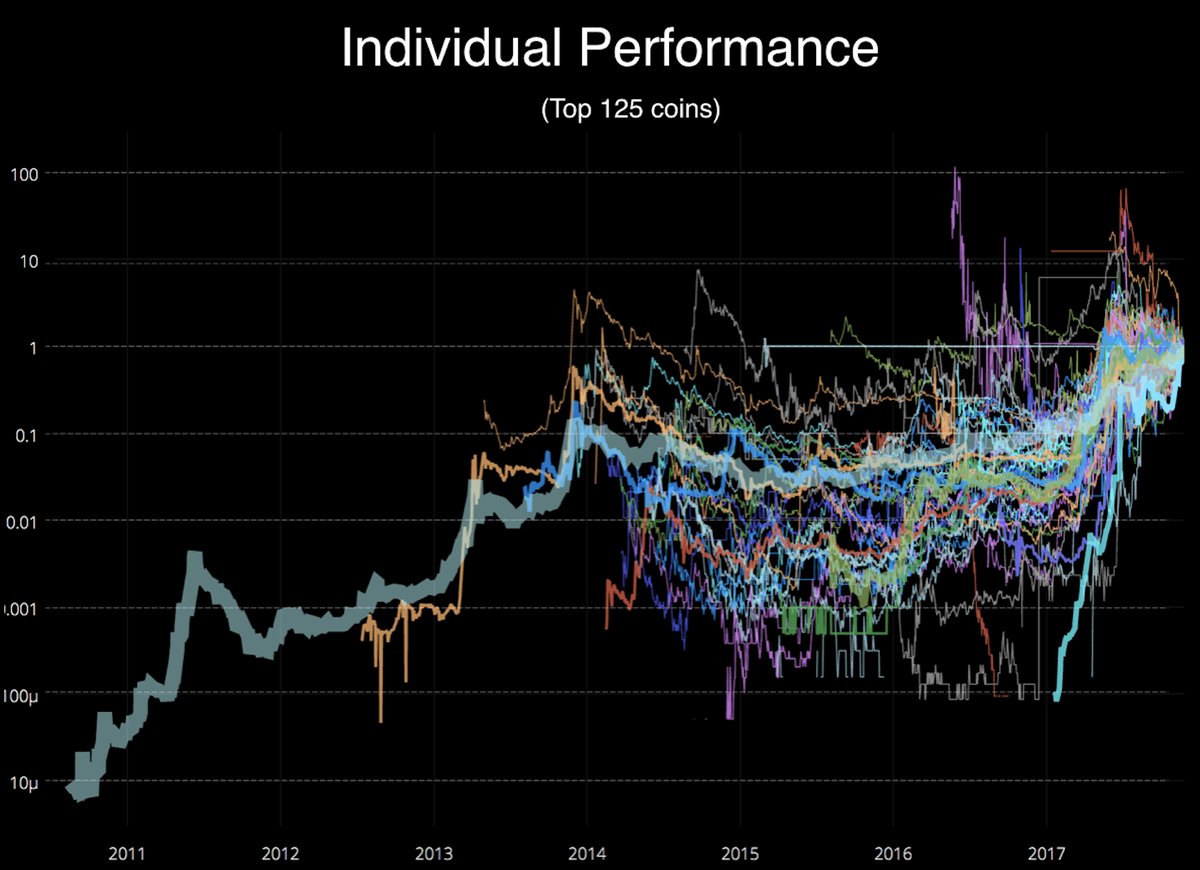 Let’s look at the individual performance of the other coins. This is a chart of the top 125 coins by network value. As you can see there are plenty of investment opportunities that can outperform Bitcoin. (Bitcoin can be seen as the longest and oldest price line above). 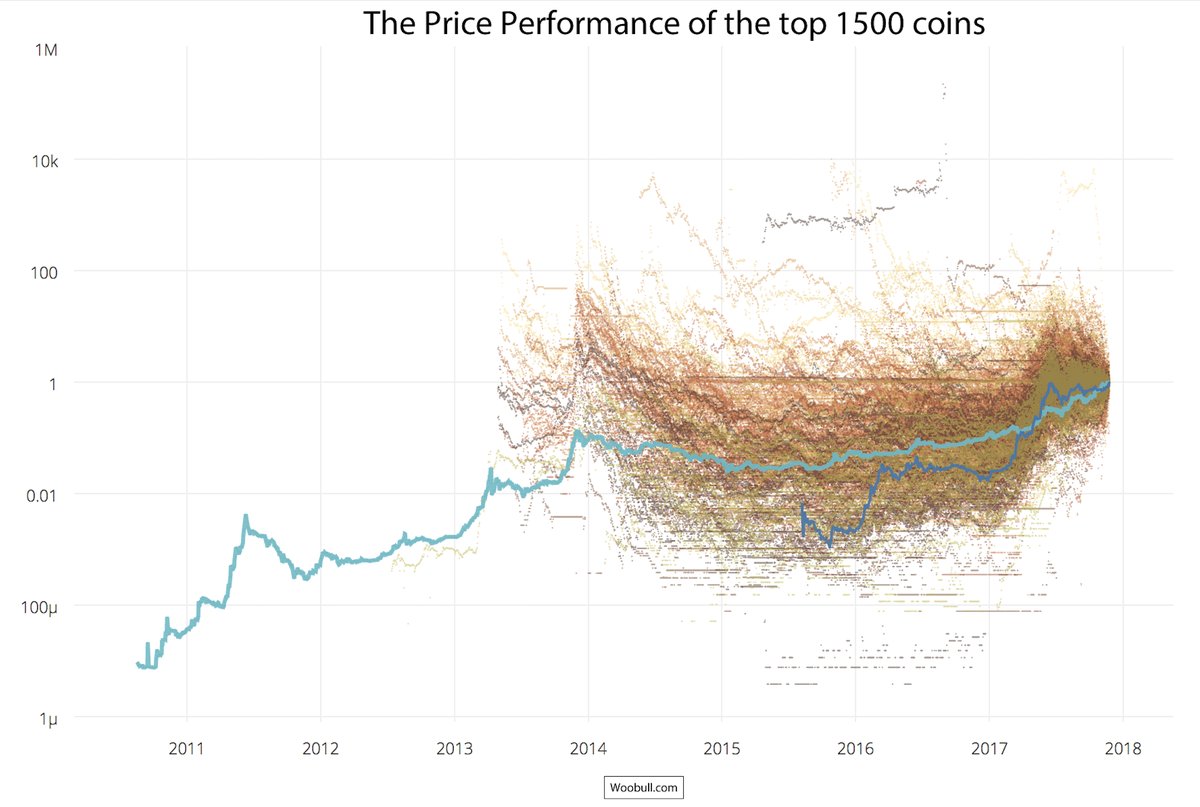 That last slide was the top 125 outliers, this chart shows essentially the entire market. The darker colours moving to lighter represent the top 200, 400, 600 etc.

Newer coins are outperforming older coins in general. Also buying the entire market tends to be neutral in performance.

Selection and filtering is key.

I suggest selecting just as a Venture Capitalist would. Vet the team, call them up, are they competent? Check their tech, read their source code, is the tech stack useful? How big can the market grow to? What are the token dynamics, is the token designed for high velocity or low? 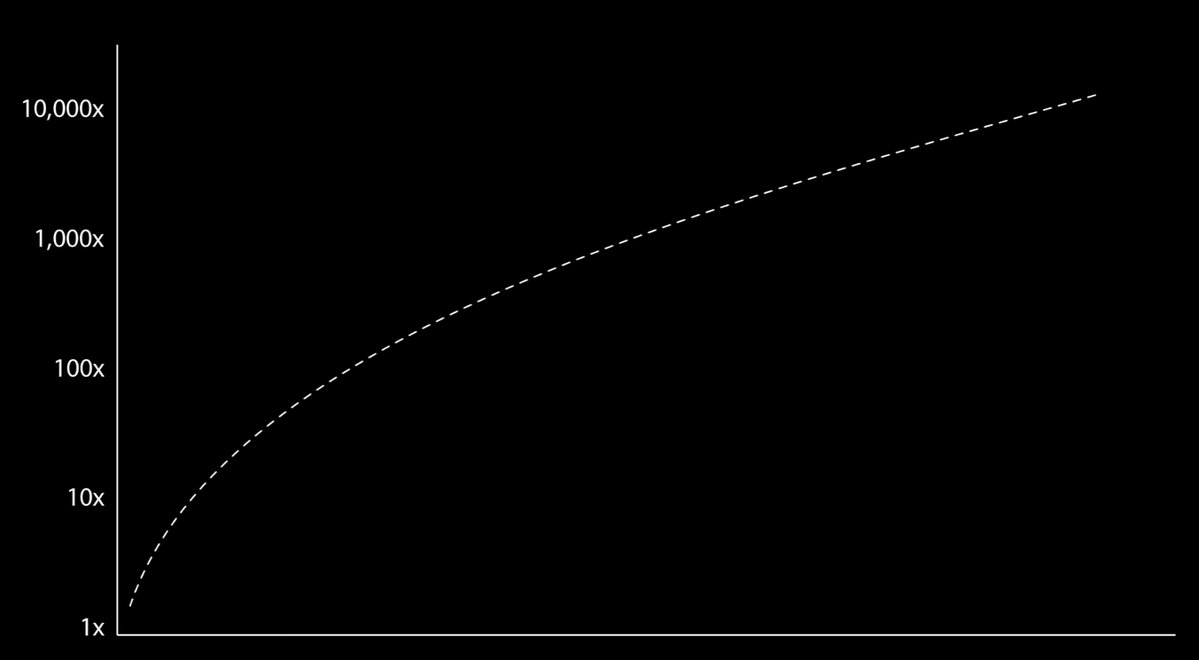 Successful projects will follow what I call the Falcon 9 launch trajectory.

Ride the early steep trajectory for 2-3 years, then roll the investment into new projects capable of climbing steeply. It’s a venture capital model. Returns that Bitcoin offered in 2011-2013 are still available today, but there’s work involve to find the gems.

Thank you, and happy investing for 2018. Much of my research is published on my blog at Woobull.com and most recent research on Twitter at @woonomic.