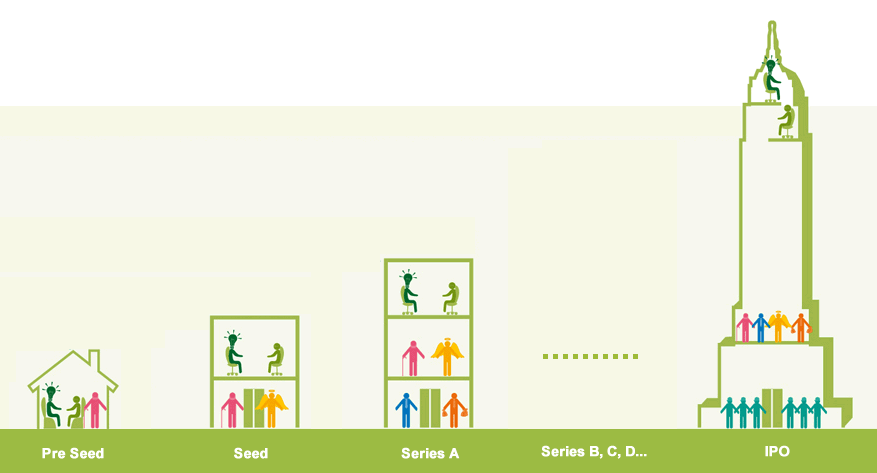 I can’t help but apply startup investment learnings onto the landscape of crypto-currency investments.

Any startup investor will tell you very few startups make it to success. The path to success looks something like this:

This should be sobering to altcoin investors. But the story gets worse…

People liken bitcoin to be like the Internet of circa 1994 vintage. I’m seeing the investment landscape is also in the 1990s, our wild dotcom bubble days. Back then all you had to do was come up with an idea and ride an elevator with a suit and come out with a few million to throw at your launch party.

It’s very similar with altcoins. You come up with an idea, just an idea, write a whitepaper with liberal use of the word “blockchain” and “groundbreaking”, run an ICO and cash out with a few million.

If we survey the altcoins, we have 750+ today. Only 25 or so have had any kind of work put into them as newish technology that would even qualify for seed funding. The other 700 are like the cliche techie who has a day job but are working on a startup in their spare time.

Most VCs make their money on the scaling rounds, while they lose on the seed and series A rounds.

If this analogy holds up, we can expect maybe 1-2 altcoins out of 700+ to succeed with our current landscape. It’s a sobering view point, but it’s also what our experience is telling us as we’ve kind of travelled this similar path before.