Here's a sequel infographic to my last one showing the Bitcoin Network under congestion. 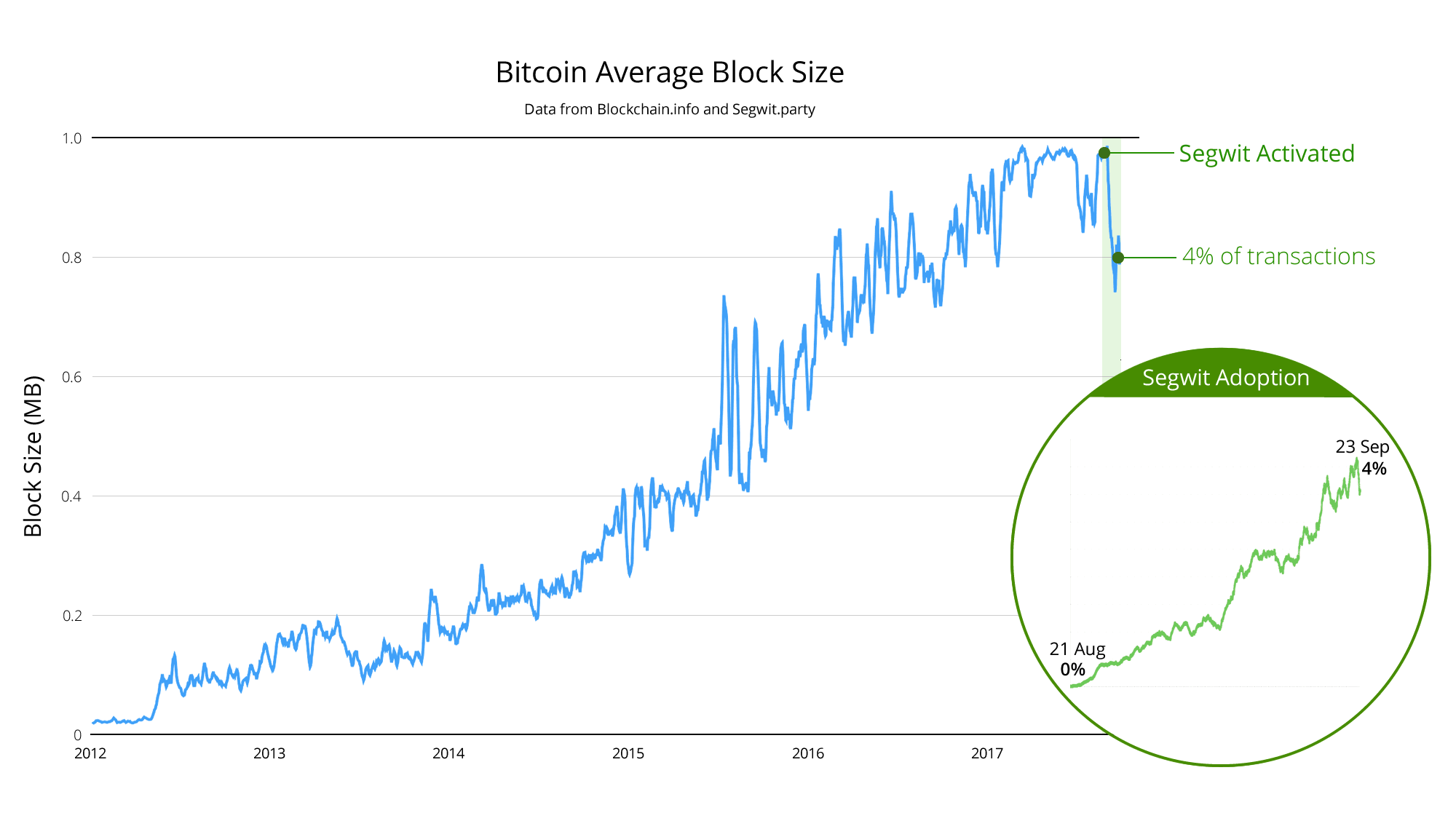 After one month of Segwit activation, 4% of transactions on the Bitcoin Network is using the new protocol. It's already having an impact.

Congestion is now down to early 2016 levels and dropping rapidly as more wallets support the new protocol.

Preface February of this year, I tweeted a chart that presented the idea of a PE ratio for Bitcoin, something I temporarily called MTV Ratio before my buddy Chris Burniske suggested the less confusing term of NVT Ratio (Network Value[1] to Transactions Ratio)

I’ve put together this infographic to help explain the 8x bubble that altcoins has seen in the last two months. Two words: Scaling Debate. Bitcoin’s scaling deadlock has not resolved and transactions on its network are now at full capacity without a