I think rebalancing a crypto portfolio to reduce exposure to a single crypto-asset is the most intuitive yet completely wrong move long term investors make.

Maybe your portfolio starts off nice and balanced and may look something like this... 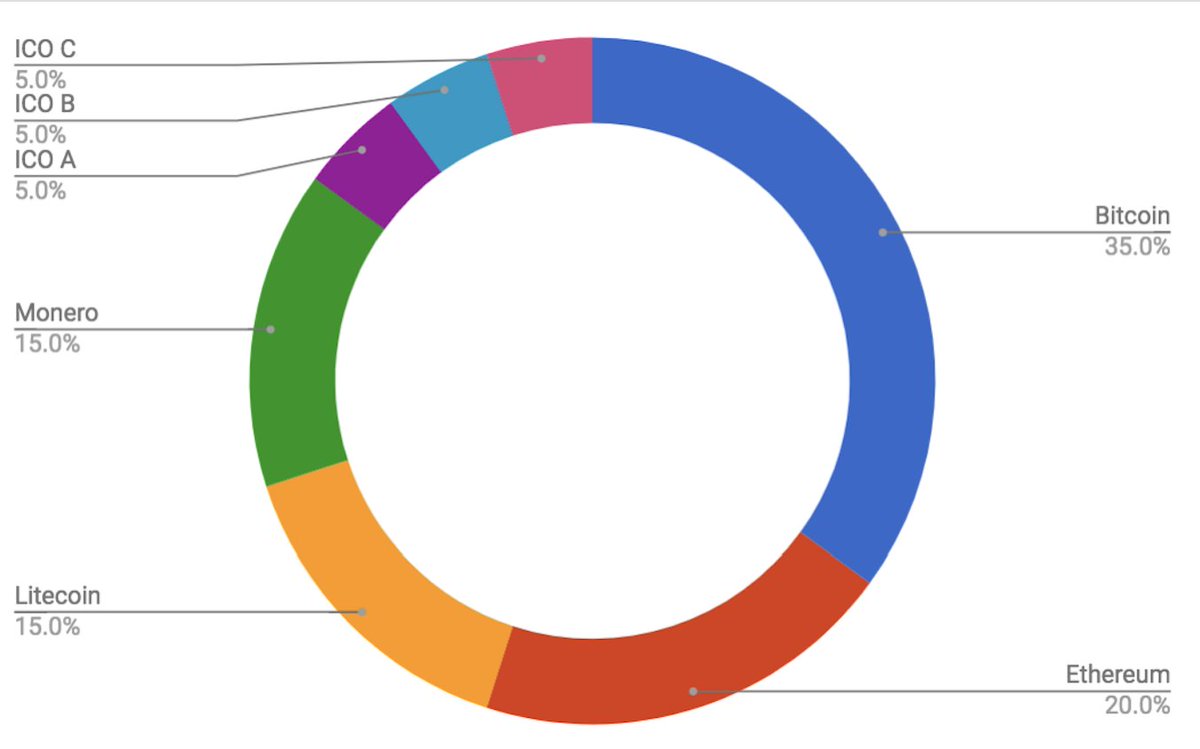 Maybe ICO “C” is that coin you bought only because your friend Carl would not leave you alone and you were sick of mopping up his froth from your new tiled floors every time he visited.

A year later, it turns out ICO "C" has Satoshi at the helm, he has solved the scaling problem, integrates a Vitalik Virtual Machine, promises to impeach Trump via a cryptographic proof and will herald a new era of world peace. Maybe your portfolio now looks like this... 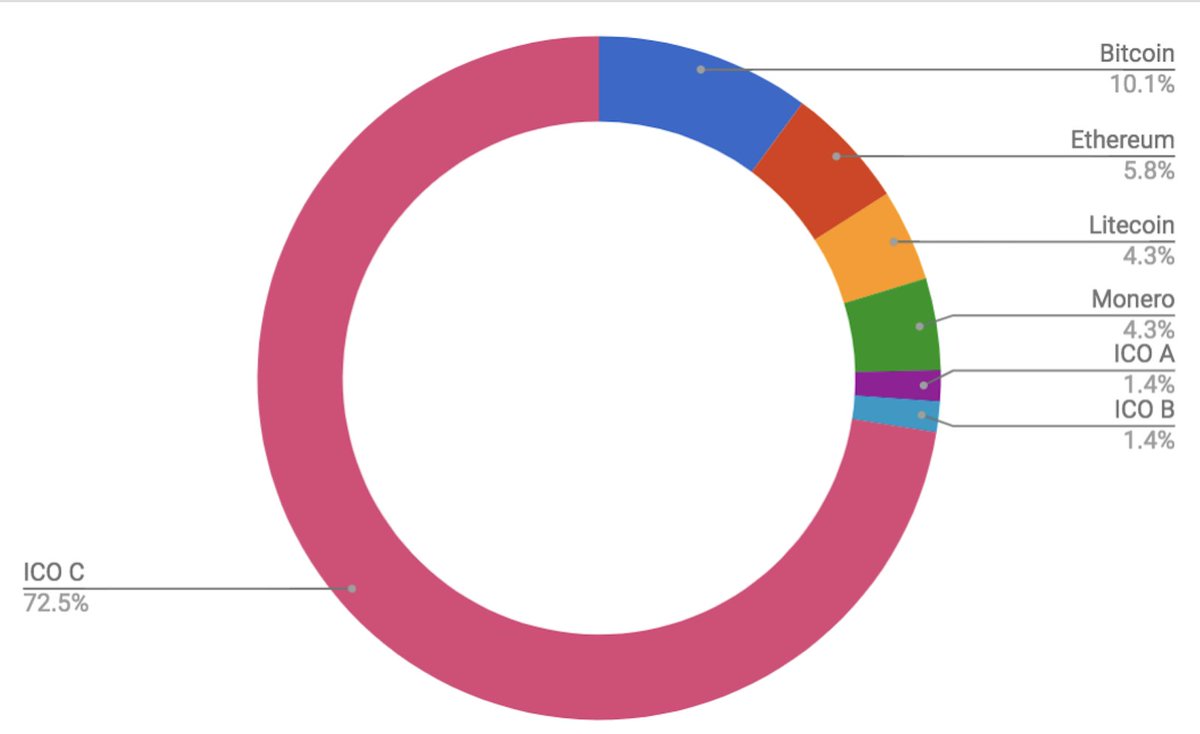 Here’s the thing about rebalancing a portfolio

Under modern portfolio theory you want to regularly rebalance your allocations to manage risk and maximise returns.

The maths seeks allocations that constantly balances your downside risk while maximising gains, taking into account every market event that may happen, like say famine, an energy shortage, or a madman leading a rouge nation into war.

Here we are talking about holding baskets in various industries that have reverse correlations. For example you may hold both oil and airlines stocks, in an oil shock the two holdings will balance each other out. Oil goes up, airlines go down.

But where does your crypto portfolio fit into this? At this stage of the game, crypto-assets is so nascent that it falls under a single sector called "emerging tech". These are not mature industries. These are unproven technologies that have not yet made it into the public equity markets to take their stake in the global economy.

Here’s what emerging tech really looks like in the pre-IPO game that VCs and Angels play in.

It’s a power law. Only a few win. And they win big. The rest die.

Rebalancing a high performer is like selling down your Facebook convertible notes to get more MySpace because you think that should reduce your risk. Like unloading some Amazon.com for Pets.com in the dotcom era.

Don’t rebalance the winners. Keep to your target allocations.

Token supply as a target allocation

Wait a second…. How can we have target allocations if you're saying it's a mistake to use percentage holdings?

I would suggest using an external metric.

The best metric I’ve seen is a percentage of the token supply. This was taught to me by a friend early in my crypto investment career, I call her The Coin Whisperer.

To this day her existence and wealth remains a legend that is whispered between only a priveleged few insiders within the industry. She would take 1/100 of the token supply if she really liked the project, or maybe 1/1000 of tokens if it was more speculative. Of course scale this to your own means.

Venture Capitalists who work in the domain of emerging tech do exactly this, they take a percentage of the company in (hopefully) the Series A, they never sell out until their liquidity event, the IPO or acquisition. They understand the power law dynamics between the winners and losers.

I should add this is not a blanket rule. In many unregulated and thinly traded markets, market manipulations along with pump and dump schemes can run rife. By all means sell into a "shilled shitcoin pump", those market manipulations made on thinly traded low quality coin projects. All my opinions here are in the context of long term organic moves on quality projects with liquidity.

This was first published in a tweet earlier this year. I'm digging it up and posting it here as I feel it's a useful viewpoint for long term investors.