"Overheard in a chatroom" is an experimental format I'm trying. They are real conversations coming from my participation on Twitter and social channels like Telegram and Slack. I've cleaned them up to make them more legible for the reader. My goal is to save time from long hand blog posts while hopefully keeping the form relatively engaging.

This prediction was spot on:

Still playing out. But, mostly according to the script. Haven’t seen the updated NVT charts, yet.

Thanks, but not to be princess about it these ain't predictions. I try to forecast based on [derivatives of historic] price, volume and blockchain data. 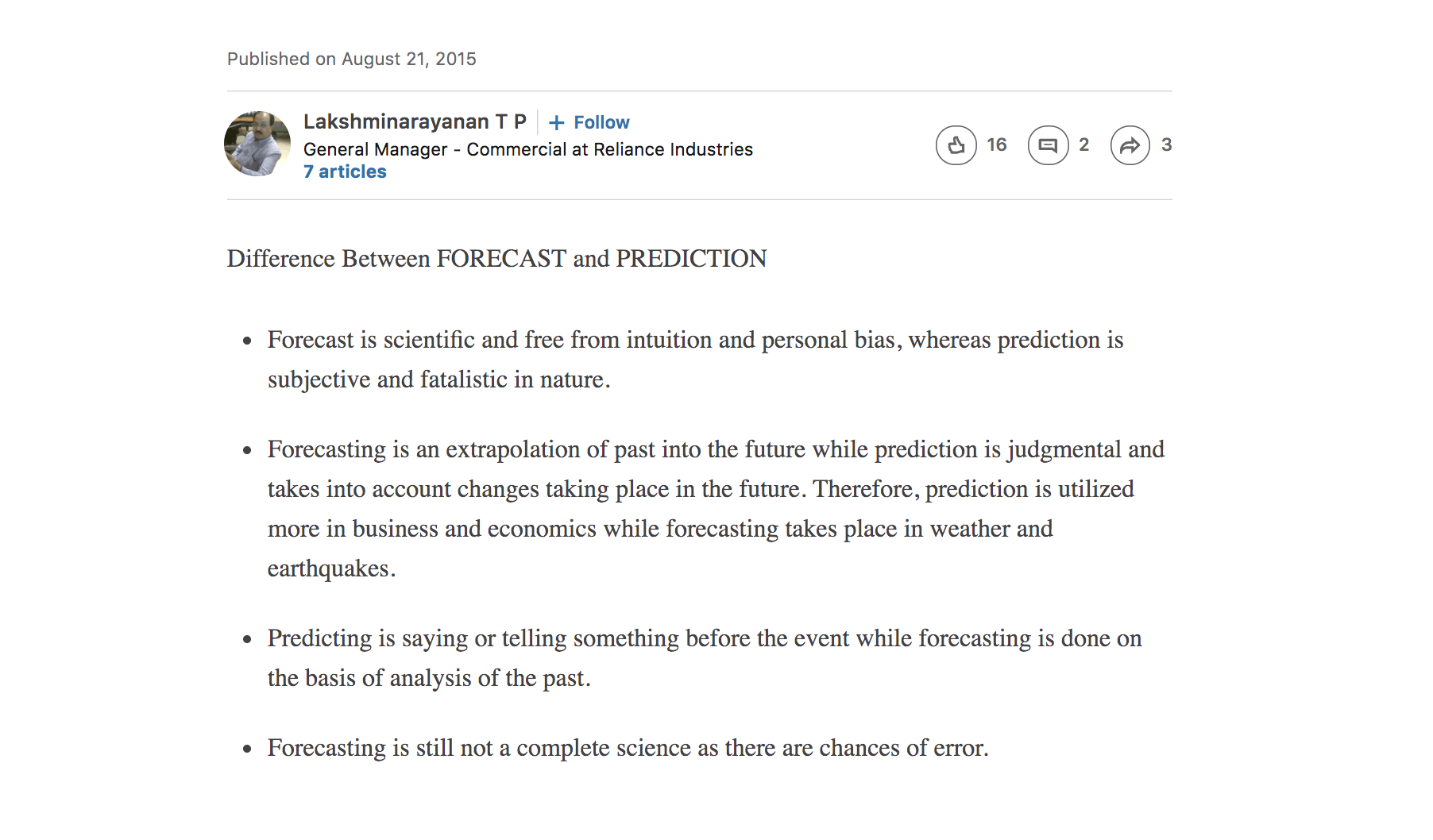 ... looking at what happened in the past to see what may be more likely in the future.

The corollary from this theme is weather forecasting... You take known models of complex interaction and you come up with a likely outcome. e.g. "tomorrow could likely be a storm", "tomorrow is very likely to be sunny", "tomorrow is a transition zone of two weather systems, so hard to tell"

I think of TA [technical analysis and charting that traders do] in exactly this forecast context. Veteran traders like Peter Brandt are forecasters. He's had decades of trading, he's removed much of his personal bias. He looks at chart setups more objectively. Like he knows the statistical probability of say a bull wedge breakout being 67% up and 33% down.

[The acid test for forecasting in my opinion is whether it can be codified it into an algorithm].

Most people have too much bias, it's like they are "willing the price" in a direction they want, then drawing the chart. And noob traders are the most subjective, they try to predict and not forecast.

To this point, everytime I tweet a bear call, the noob troll armies attack, they don't wanna hear it. Vinny Lingham's bearish tweets [during the Bitcoin scaling debate] last year had the same issue, the trolling got so bad he ceased making price calls. This is the masses losing objectivity and just getting emotional, which is exactly what we as traders wanna drop.

In the past, it became unprofitable for miners and I lost a ton on cloud mining contracts... don't make my mistake. I was so green then but still... hindsight

NK, I think what you're saying is "what about black swans?" The stuff we can't forecast as we've not seen it before, i.e. we don't have data, so therefore our predictability is terrible. [Author of Black Swan], Nassim Taleb, got rich betting on the edge cases being priced wrong in markets, he went into financial instruments to milk that flaw in modelling. (Same stuff those two young guys in The Big Short movie were doing).

With the mining corollary, I actually think that was forecastable. There was enough data to show trends, the market was big enough, so was less random, all that was missing was bringing in data from chip manufacturing and its impact on costs. Admittedly these are complex and non-linear, you ideally need algorithms and simulations (as you need a speculative future price curve for Bitcoin as an input) but industrial scale miners have this stuff going on in the background.

Why HODL? It allows you to capture the gains of the market. Trading lets you beat it. In that zero-sum game, 10% of participants win, 90% lose. Are your skills in the top 10%? If not and you're still winning it's due to luck.

I think rebalancing a crypto portfolio to reduce exposure to a single crypto-asset is the most intuitive yet completely wrong move long term investors make. Maybe your portfolio starts off nice and balanced and may look something like this... Maybe ICO “C” is that