Here's a wee chart below to illustrate my thoughts on Bitcoin's transactional network the last two years. 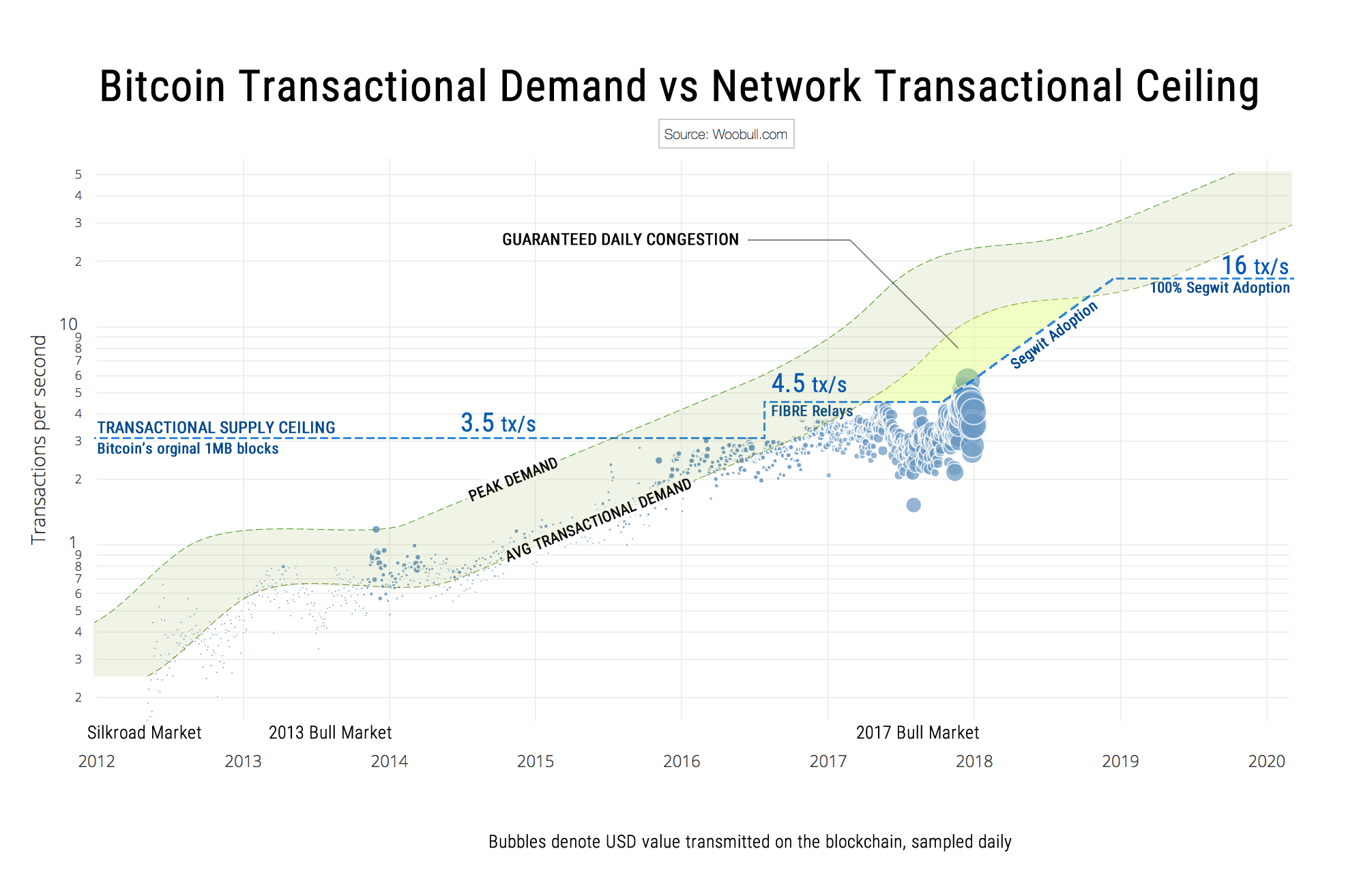 Meanwhile our current scaling path is Segwit which relies on a the entire industry to organically adopt, and this will take some time. And here's our progress thus far... 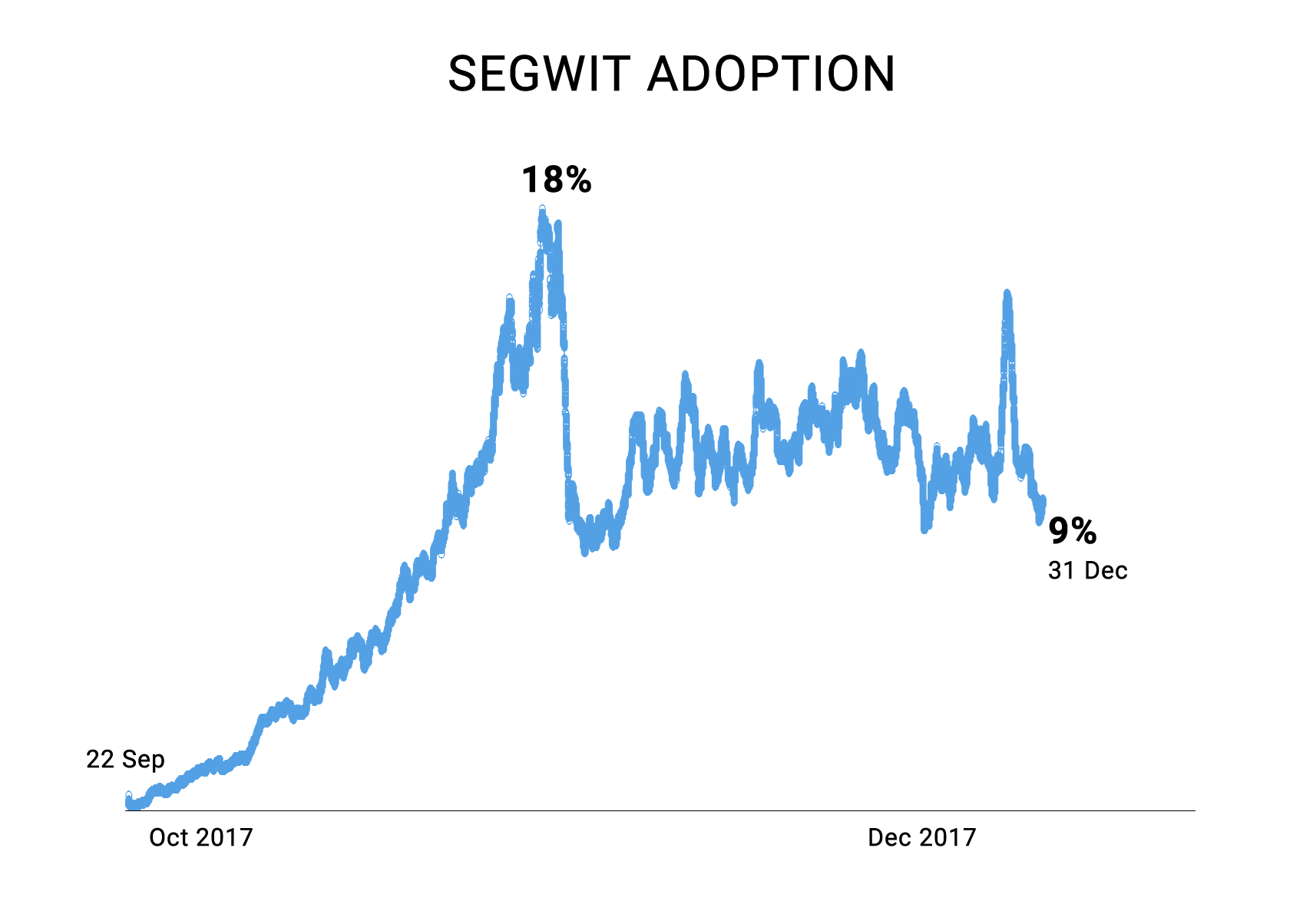 My guess, optimistically, is we have at least one year of pain until Segwit gets adopted widely enough to alleviate serious congestion. (The Lightning Network thereafter should allow even more pain to be lifted but this is probably an even slower adoption curve due to its additional complexities for user interation.)

Until then, I suspect keeping blocks this small will have a side effect of the most dangerous type of centralisation as speculators keep large funds in exchanges, also known as crypto-asset banks, rather to risk sending funds into the mempool abyss awaiting processing. Very ironic.

Thoughts on the Markets?

I'm not entirely sure what will happen. There's really two effects which I think will superimpose to form the general picture of 2018.

A tidal wave of money

I'm expecting a tidal wave of money to hit the crypto-asset markets. This is because institutional investors will be pretty much forced to allocate a fraction of their combined trillions into a new non-correlated asset class to hedge risk, and only in 2018 are the crypto-assets big enough to carry this money.

They'll go to the largest liquidity pools, which traditionally means Bitcoin but in 2018 to a lesser degree the option is there for highly liquid altcoins like Ethereum and Bitcoin Cash. I suspect Bitcoin will be the the front runner as $200 transaction fee will hardly deter a hedge fund.

However in early 2017 when congestion forced the transaction fees up and speculators could not sweep the scaling debate under the rug, we saw a waterfalling of money into altcoins. This could happen again. 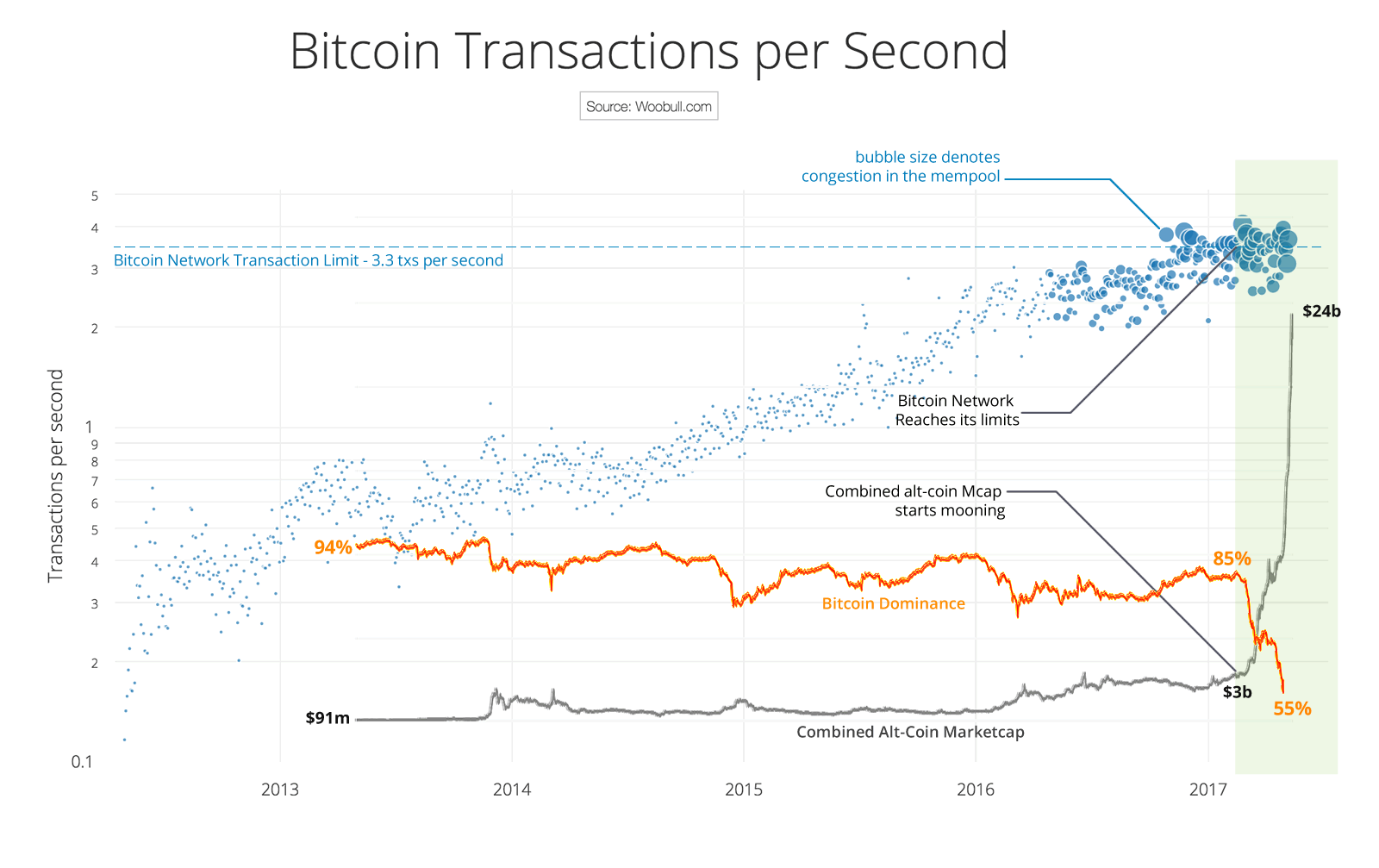 Everything goes up. But particularly: