Metcalfe’s Law states the value of a network is proportional to the number of members squared.

I thought it’d be fun to run the numbers on the Bitcoin Network.

Since we don’t have solid figures on the number of active users on the network, I’ve had to use network transactions** as a proxy to active users. 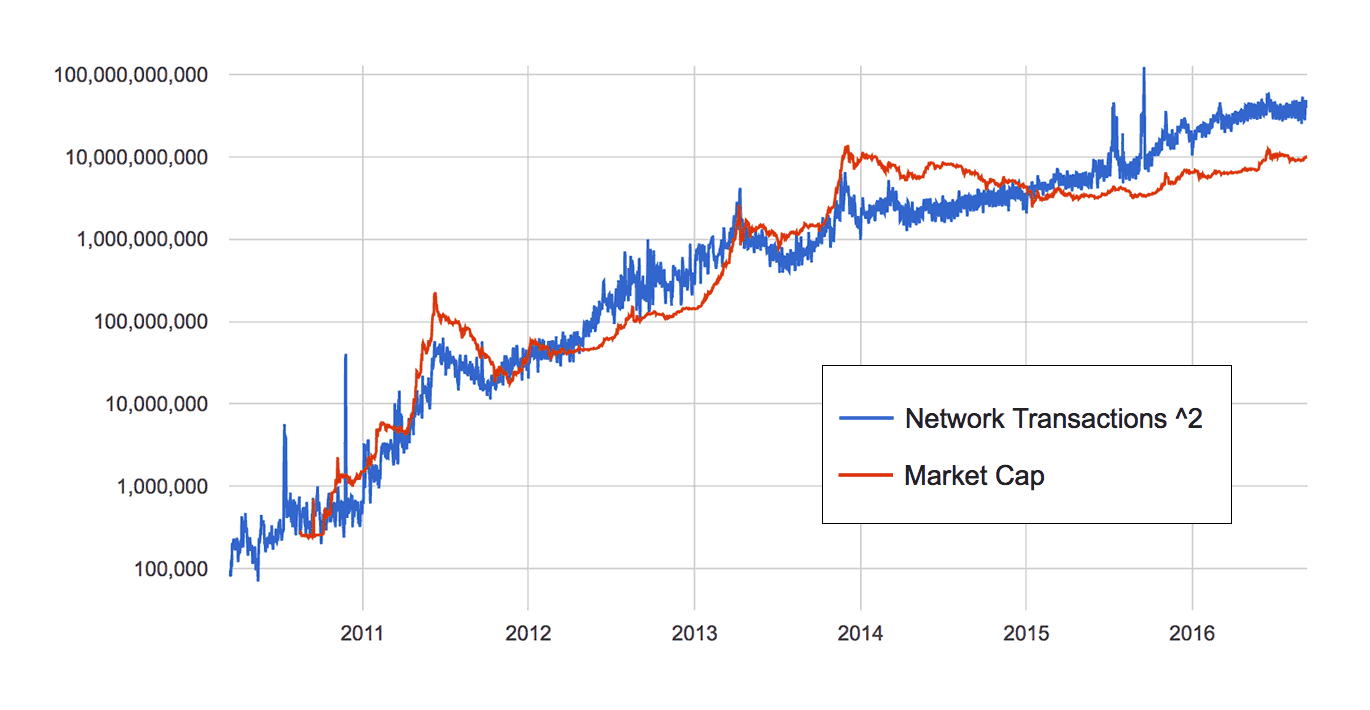 The graph shows the correlation has been strong until 2015, where we’ve dipped into undervalued territory. We should be in the $40b range for market cap or $2500 per bitcoin. That seems a reasonable price target in 2017 given bitcoin’s long term trend. It’s $620 today so we have 4x to make up for.

We could be over estimating the size of the network as network transactions may be an inconsistent proxy to guess its size. It assumes each user makes a similar number of transactions per day over time. And we probably know this is likely not true for a couple of reasons, which happens to correlate to the divergence we see from 2015: